Proposal: From Landfill to Park Land

Will this park proposal be approved? 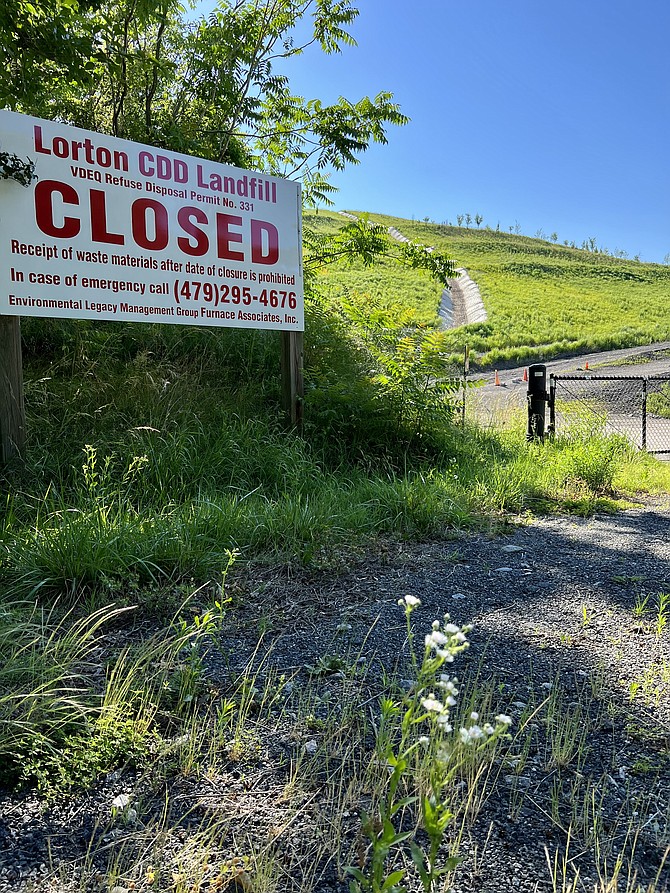 By By Susan Laume

After repeated past disappointments, Lorton residents who have looked forward to the prospect of a new park located on the site of the closed Furnace Road landfill, again await a decision on the latest park proposal at the site.

Called Overlook Ridge Park, Furnace Associates, the current owner of the property at 10001 Furnace Road, submitted the latest proposal to Fairfax County’s planning commission in mid February 2022.  The department requested an extension for their review in March, which was granted. Called a 2232 Review, it seeks to determine the “compatibility of proposed public facilities with locational guidelines established in the Comprehensive Plan” (per Virginia Code Sec 15.2-2232). The county planning commission will hold a public hearing on the proposal, as part of the process, at the Government Center, June 15, 7:30 p.m.

The current proposal for the public park, on about 20 of the overall 250 acres, would provide an extensive recreation area with “bird sanctuaries, hiking and equestrian trails, exercise and picnic areas, pollinator and sculpture gardens, kite-flying areas, multiple smaller parking areas, bathroom facilities, an amphitheater with an earthen stage, and a scenic overlook,” according to the proposal submission. It would sit at the highest point in Fairfax County, with vistas of the river and northern Virginia surrounds and several overlooks providing views in all directions.  The area can be seen from a distance now as a high grassy ridge.

The site would remain privately owned, with Furnace Associates, continuing to maintain the landfill elements, such as the gas wells and stormwater systems. Fairfax County Park Authority would operate the park amenities, once built, with a targeted completion date in 2025. Furnace Associates is fulfilling the commitment made by the previous landfill owner, to build a park as part of the legal agreement which established the landfill.  Still to be resolved is the question of liability for any damages or injuries related to leaking methane gas or other problems at the site.

“We’re still discussing that with the county,” company spokesperson Lisa Kardell said. Virginia Department of Environmental Quality (DEQ) will continue to monitor and inspect the site for a period of at least ten years after the landfill closing date.

This portion of the landfill, used for construction and demolition debris, was closed in 2018. The first park proposal for reuse of the land was submitted in 2014 by then owner EnviroSolutions (ESI). The county denied that proposal, which included a request to continue landfill operations through Dec. 31, 2040, and  the addition of solar panels, a methane-capturing system, a baseball batting area, and a golf range. In its denial, the county said all structures atop the landfill should instead be open-air facilities to prevent the build-up of landfill gasses.

Waste Management became the new owner in 2018 when it acquired EnviroSolutions. In August 2020, the company’s site operating arm, Furnace Associates, requested changes to the prior proposal and clarification of the development conditions and requirements. They sought changes related to stormwater management, to reduce walking and bike trail slope degrees, and to protect existing trees previously approve in landscape plans. The most recent, February proposal, incorporates the county’s planning department clarifications and suggestions, which already have been completed at the site.

Furnace Associate’s district manager, David Kaasa, said, “Fairfax County has several steps that you have to do to get to that point of building the park. That’s really what we’re in the process of doing right now.” He clarified the steps as including the 2232 Review, site plan revisions, permit modifications, and building permits, as well as the June 15th public hearing, which is part of the 2232 Review.

Landfills are designed for receiving either construction and demolition debris (CDD) or municipal solid waste (MSW). CDD is waste from old structures when torn down, or leftover materials from new construction. Concrete, dirt, tree stumps, drywall, and other materials are hauled to a landfill. Metal and other items which are economical to recycle are sorted out, and the remainder is compacted to create an artificial hill. Because liquid waste is not accepted at such landfills, the risk of the contents migrating offsite is reduced. The Lorton landfill contains these CDD type materials. The landfill is “capped” with a three or four foot clay layer, which Kaasa called the liner, as well as a geomembrane at the base. The geomembrane is a very low permeability synthetic barrier used to control migration of fluids and gasses. Most closed landfills do not permit trees to prevent damage to the liner caused by tree roots. On this site, extra soil was added to permit trees to be planted on the top and sides of the area.

Kaasa said, “While we’re on schedule, there’s still a lot to be done yet.”

Added Kardell, “It’s a good working relationship between the county as well as Waste Management and the local citizens in the area. We‘ve worked closely with the South County Federation folks to make sure that the plan meets everyone’s needs so that they’ll have a park in their local area that they can be proud of.”

Nearby, another company, Alpine X, has proposed an indoor ski resort, also in the review process, on another closed landfill not associated with Furnace Associates.