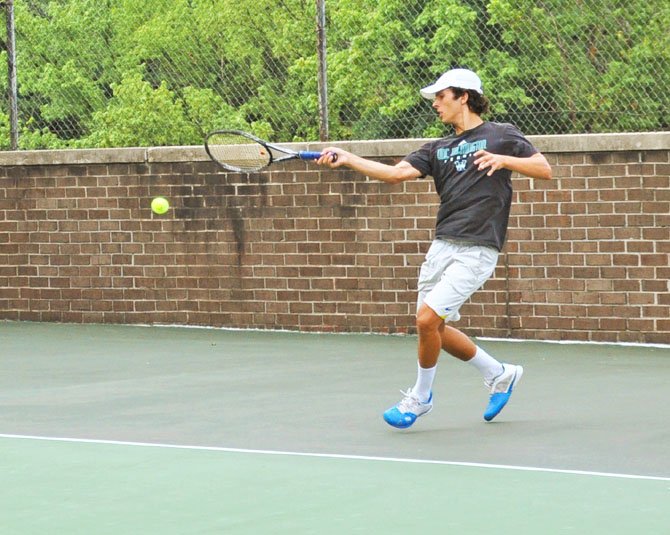 Josh Hublitz hits a forehand on one of the outdoor hard courts at Jack Schore Tennis, which operates out of Regency in McLean.

Serious local tennis competitors share their approach to the game.

As the U.S. Open approaches, several local tennis students are competing in their own United States Tennis Association (USTA) local competitions. There are several levels of tournaments to choose from as well as age groups whether they're entry-level, intermediate, or advanced. “Central to tennis is competition. They learn to win and how to lose,” according to Coach Wayne Bryan.