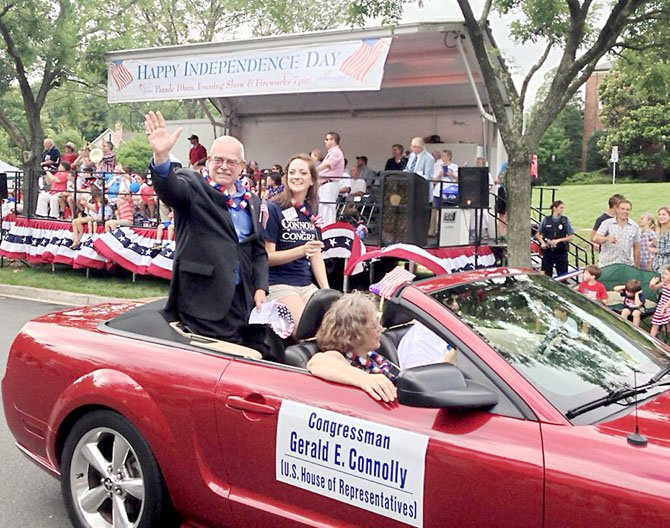 The City of Fairfax held its 47th annual Independence Day Celebration in historic downtown on July 4th. Among this year’s entries were eight high school marching bands from as far west as Nebraska and Minnesota. This year’s Grand Marshall was the Hon. Quin S. Elson, a long-time community activist and Fairfax Police Youth Club volunteer.