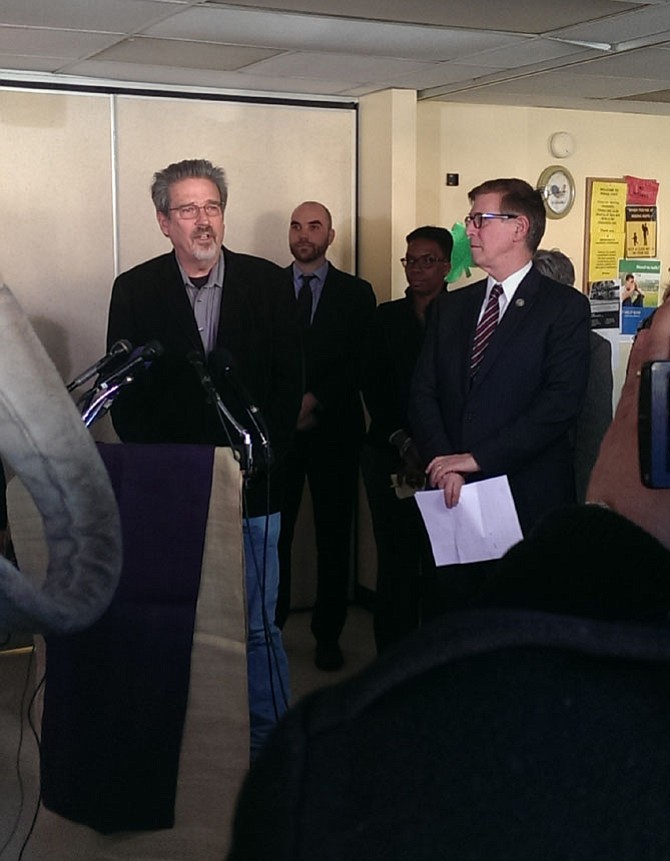 Left, Rising Hope’s pastor Rev. Dr. Keary Kincannon said the hypothermia shelter is an important lifeline to a lot of people in the community, providing up to 170 bed-nights per week. Right, U.S. Rep. Don Beyer (D-8).