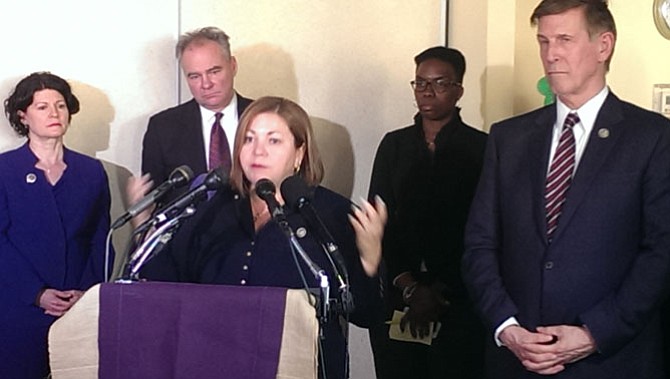 Center, Democratic Caucus Vice-Chairwoman from California U.S. Rep. Linda Sánchez (D-38) said she had recently met with both President Donald Trump and the acting director of ICE. She told Trump what happened at Rising Hope was not an isolated issue and was “appalling, wrong.”