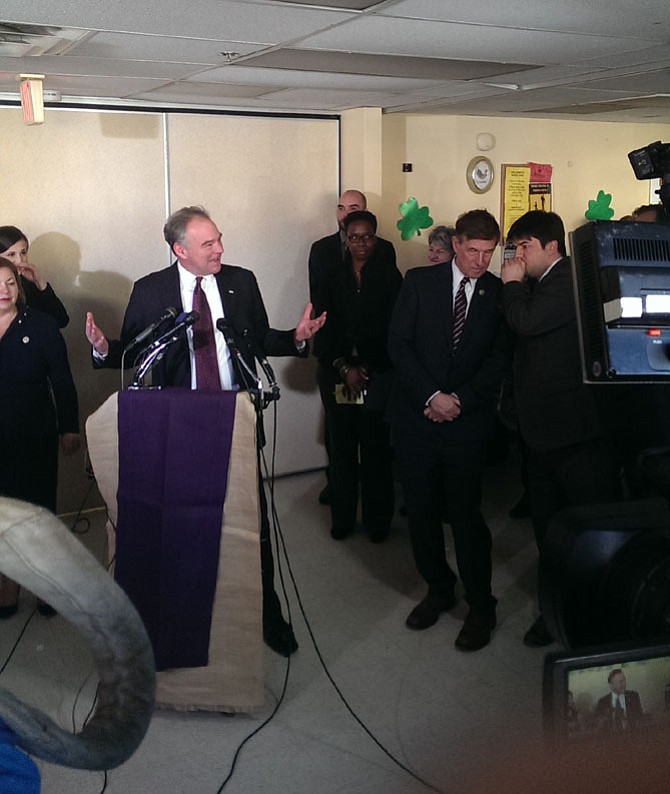 Left, Sen. Tim Kaine (D) described a letter he’d received from a girl in fourth grade — in it she wrote she was sorry he had lost the presidential election with running mate Hillary Clinton, but that he had still had important work to do.