Since last July, Maureen Keck has been acting principal of Fairfax High, after its former leader, Erin Lenart, left to become principal of a high school in Lake Forest, Ill. But last week, City of Fairfax Schools announced the hiring of Georgina Aye to fill that post. 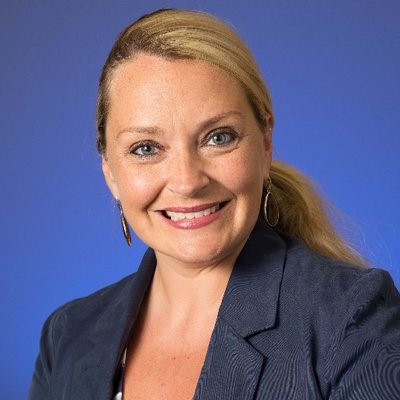 With a 17-year career in education, she’s been a principal, central-office leader and assistant principal in both Baltimore County and Baltimore City Public Schools over the last decade. As a high school principal, she’s helmed two different and diverse school communities.

Currently, Aye is the principal of Mergenthaler Vocational-Technical High School, which is Baltimore City’s largest high school. She plans to finish out the school year there before assuming the reins at Fairfax.

“On behalf of the City of Fairfax Schools and community, I enthusiastically welcome Georgina Aye as our new school leader at Fairfax High School,” said Fairfax City Schools Superintendent Phyllis Pajardo. “Throughout the interview process, I was deeply moved by her commitment to her students, her dedication to her staff and her desire to create an environment that promotes equity and opportunities for everyone.”

Aye obtained a Bachelor of Science in Journalism from West Virginia University and a Master of Arts in Education Policy from John Hopkins University. She is presently pursuing her Doctoral Degree in Curriculum and Instruction.

According to the City of Fairfax Schools press release announcing her hiring, “Aye launched the first Early College Magnet program with specific curriculum, course sequencing, logistics and professional development to ensure its success.

“She created a reunification and transition program to support English Language Learners who are new to the country and new to a formal, school setting. She also launched a ‘We All Belong Here’ initiative that promoted unity, equity and cultural inclusivity in academics, performing arts, clubs and athletics.”

In addition, Aye oversaw a $40 million school renovation, boosted PTA participation in her school by 25 percent and promoted professional learning communities with a focus on literacy in all content areas. She also decreased absenteeism by 15 percent, increased student participation in Advanced Placement classes by 230 percent and boosted the Advanced Placement Test Pass Rate by 30 percent.

Aye will begin her new job at Fairfax High in June. Meanwhile, Keck will remain acting principal for the remainder of this school year. And she’ll be working in partnership with Aye, so the new principal may begin the transition process immediately. Furthermore, throughout the spring, Aye plans to visit Fairfax High students and staff in person and virtually.

Pleased, Pajardo said, “I am thankful to Ms. Keck for her leadership throughout the school year, and I look forward to supporting both leaders throughout this transition.”