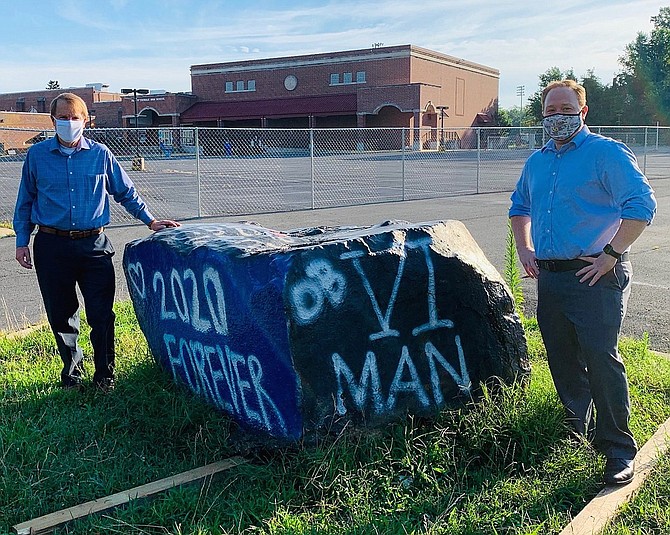 As Paul VI High moves from its storied Fairfax City campus to its new location in Loudoun County, an iconic piece of the past is going with the school – its spirit rock. Since the 2008-09 school year, this rock highlighted upcoming events, celebrated sports and other victories, and honored student awards and achievements.

Now, though, Paul VI has a new home, and the IDI Group will redevelop its site along Fairfax Boulevard into a mixed-use community. So, IDI recently had the rock moved to the school’s new location. Since it weighs a hefty 6.6 tons, it was no easy task, but the mission was accomplished.