Discussing School Shootings and Other Violence with Children
Votes

Discussing School Shootings and Other Violence with Children 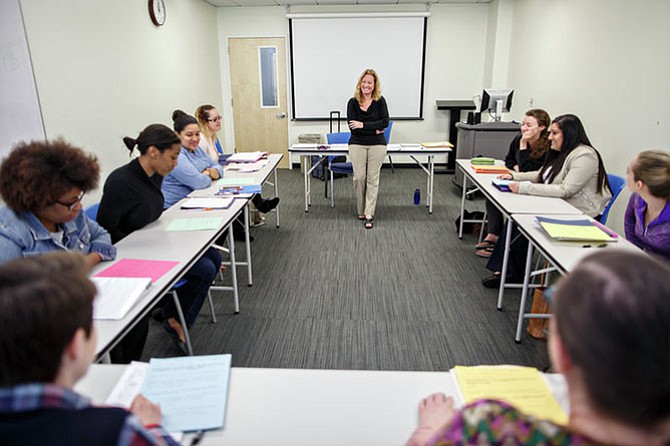 “I think in most circumstances, parents asking about a child’s knowledge of the event would be a good way to start.” — Lisa Jackson-Cherry, Ph.D., Marymount University

Helping parents who are grappling with their children’s feelings of anger and fear following the recent Florida school shooting and subsequent fallout was a recent topic that Lisa Jackson-Cherry, Ph.D., department chair and program coordinator, Pastoral Clinical Mental Health Counseling & Pastoral and Spiritual Care programs at Marymount University, had with her graduate students. The class discussed how high profile acts of violence can frighten children who might feel as though they or someone they love could become a victim or find themselves in danger. From mass shootings to natural disasters, an open dialogue with children is key to dealing with thoughts and feelings.

“In most instances, talking about the incident helps to gain some control over what is not controlled,” said Jackson-Cherry. “Normalizing feelings and thoughts like fear, sadness, anger, and confusion can help children know they are not abnormal in how they are feeling or thinking.”

“First ask what they heard rather than starting by telling them about it,” added Joanne Bagshaw, Ph.D., professor of psychology at Montgomery College. “I wouldn’t get too stuck on the details. Just get a sense of what they know and make sure it’s accurate.”

In fact, exploration is key. “Encourage children to express their feelings and validate them, “ said Bagshaw. “You can start by saying, ‘I can understand why you’re feeling that.’”

Monitor both the amount and source of information that children receive about high profile incidents, advises Bagshaw. “I would really limit their social media and news intake about the violence,” she said. “Videos about the shooting are too traumatic, and watching them can be too traumatizing and too dramatic.”

Reviewing the family’s safety plan can help children feel secure, advises Bagshaw. It’s something she did in her own family. “At my daughter’s middle school, you can’t just walk into a building like they did in Florida,” she said. “I reminded my daughter of this and explained the safety differences between her school and the school in Florida. One thing that you don’t want to say is that ‘That will never happen here.’ You want to focus on what’s real and what’s realistic.”

Maintaining a sense of normalcy following a public display of violence can help quell fear that children might be feeling, advises Jerome Short, Ph.D., associate professor of psychology at George Mason University and a licensed clinical psychologist. “Parents play a key role by staying calm, maintaining household routines, explaining that many events we worry about seldom happen, and stating that we will cope with whatever happens,” he said. “Parents should place the highest priority on helping children stay safe.”

“I would caution against using leading questions like, ‘Are you scared?’ because this question already implies they should be scared of something and that may not be accurate,” continued Jackson-Cherry. “Depending on their answers, parents can assist in having the child integrate aspects of power and control in a situation where they may not be in control.”

While putting national events into perspective in a way that children can understand, Short also advises parents to explore emotions. “Ask children what they are feeling and empathize and validate what they say. Ask children how they feel about school,” he said. “Is there anything at school that worries them? Be reassuring that you will help protect them.”

Reviewing safety guidelines can help children feel secure, says Short. “Parents [can say that] local police are working to keep the community safe. We need to look out for each other,” he said. “Say that high-profile violence is unlikely to happen at local schools because of safety procedures. For example, there are more than 130,000 elementary and secondary schools, and we focus on relatively few schools where shootings have occurred.”

Even those children who don’t express emotions or appear unaffected by news reports of violence might still be anxious about the event. “Many children may not display outward anger or fear but that does not mean they are not fearful, angry, or sad about what they have heard or experienced,” said Jackson-Cherry. “I think in most circumstances, parents asking about a child’s knowledge of the event would be a good way to start.”

Limit a child’s exposure to media coverage of acts of violence and discuss it in an age appropriate manner, advises Jackson-Cherry. “If the parent is watching or listening to the news together with their child, try asking, ‘What are you thinking or feeling about what just happened or was reported?’” she said. “I asked my 15 year old, ‘Has the school discussed the shooting in Florida? Have you had drill in case it were to happen?’”

“Since most drills focus on shelter in place in the classrooms, I then asked my daughter about different scenarios, such as, ‘What would you do if you were in the hallway? In the gym? In the cafeteria,’” said Jackson-Cherry. “Telling her to silence her phone is useful information to give. Pre-crisis planning information can give a sense of security and control in these situations. I also do this with my classes at Marymount.”

“If you’re really concerned and your child really seems terrified to go to school and their level of anxiety isn’t managed by a conversation, go to the school counselor or school psychologist and get some advice and support,” said Bagshaw.

George Mason University sociologist, Amy Best, Ph.D., has had conversations with her middle and elementary school children about the recent school shooting in Florida. In her dialogues, she focuses on facts over fear.

“My kids are used to my talking about relative likelihood of events,” she said. “I'm a social scientist so I often remind my children that even though certain events feel regular — like school shootings or home invasions — they are still relatively infrequent,” she said. “That is reassuring to them. They are used to hearing me say such statements that lawmakers need to do more to make our children safe, though the vast majority of gun violence does not happen in schools. Facts can be reassuring.”